New York City has a parade to celebrate almost anything (and anyone) but among the best is the Tompkins Square Halloween Dog Parade. Billed as the largest dog parade in the world, the annual parade includes hundreds of costumed dogs and their owners. Anyone can participate – no advanced registration is necessary, and the suggested registration at the door is only $5.00. Some dogs wear store-bought costumes, and others sport costumes made by their owners. In fact, some dog parents get in on the act, dressing themselves to match the theme of their dogs’ outfits. There are even prizes for the best costumes!

Here are some of my favorites from this year’s parade, which took place yesterday. It was a warm, sunny day, perfect for watching or participating in a parade.

First, Chihuahuas Tansy and Corazon, who as a lobster and a mermaid were definitely a sweet catch. (They have their own Instagram account: @TheLilGremlins.)

Our other Instagram couple had more of a political leaning, probably making the most sense for my American followers – here are a couple of members of the current president’s press team. This is Itty Bitty the Griff (@ittystagram), playing the role of Kellyanne Conway,  and Ralphie (@ralphienyc), playing Sean Spicer. 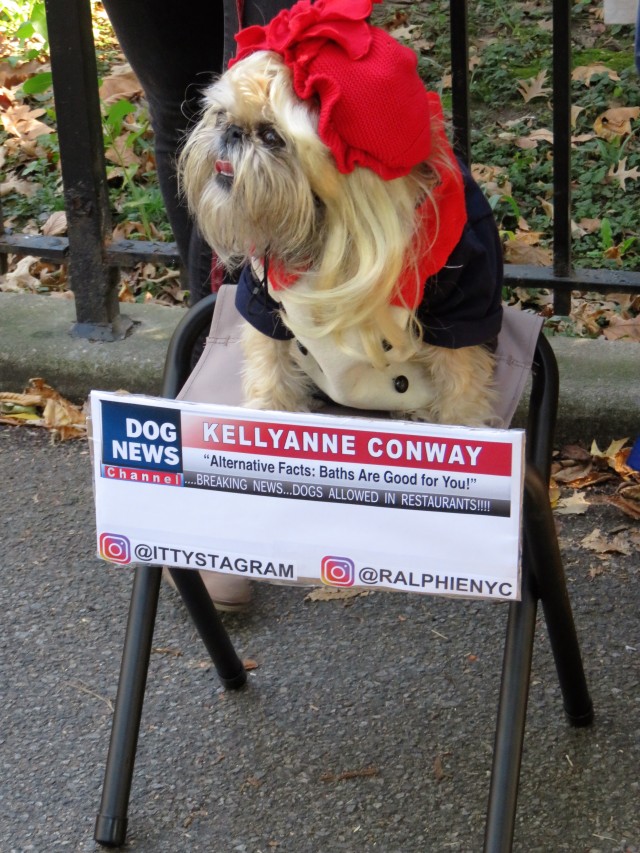 Aside from these more famous participants, there were plenty of other options out there, from pizza pups to the Pope. 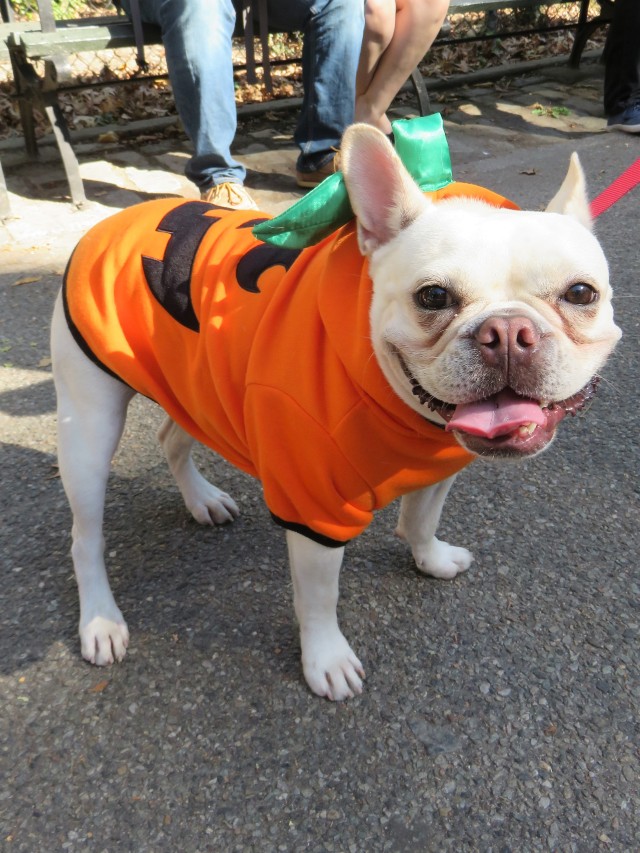 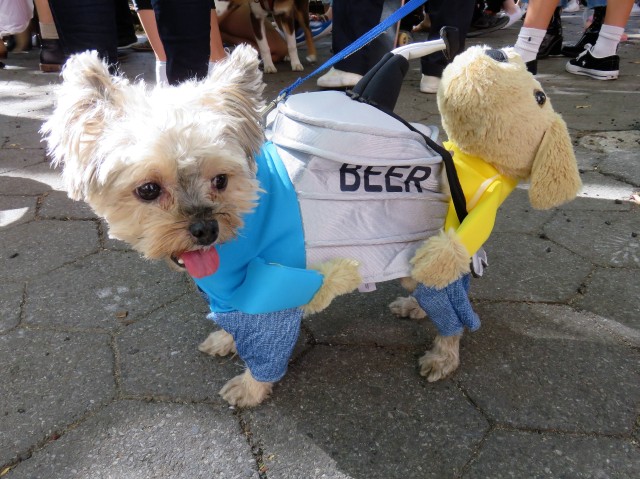 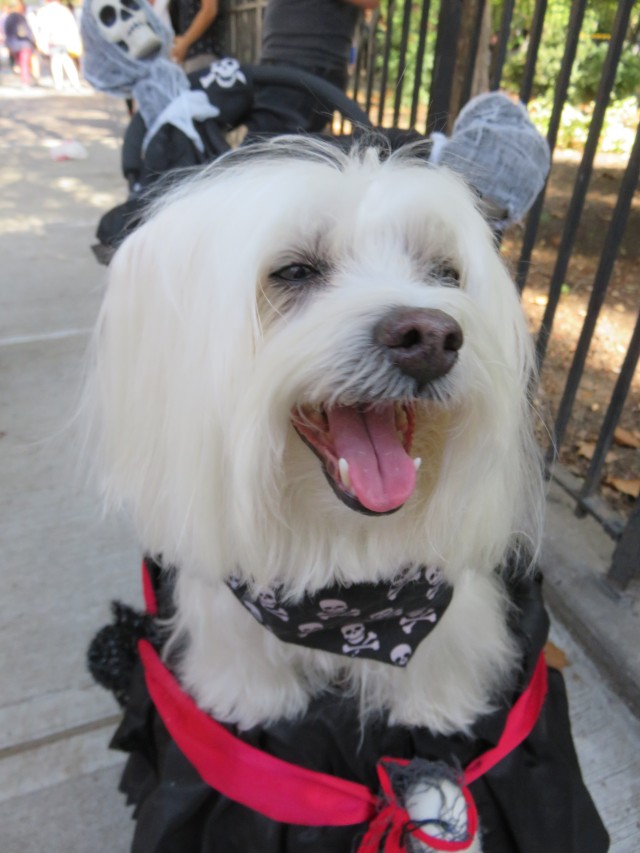 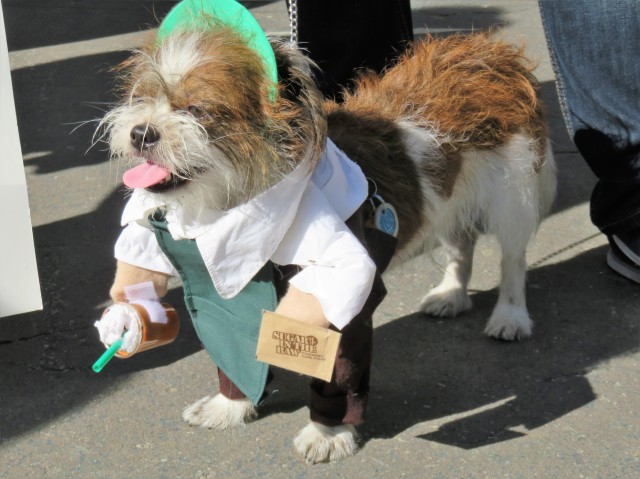 Several dogs, like this one, appear to have been inspired by the novel and TV series, The Handmaid’s Tale.

There was the Weber grill dog, complete with shish kebabs.

How about the “Chick Magnet”? 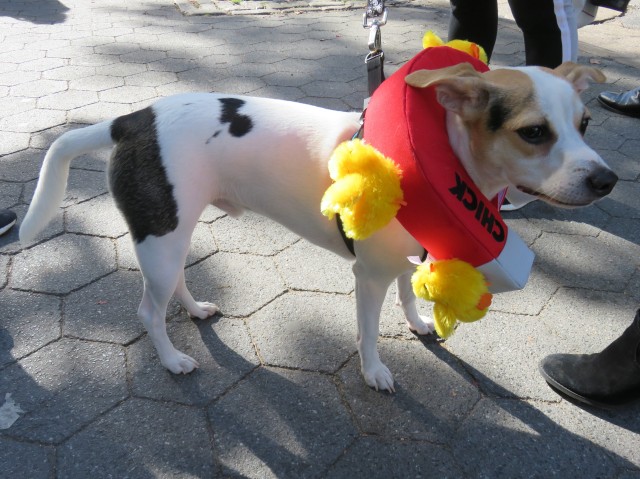 And finally, one of my favorites, who looked like one cool pup.

We left inspired for next year’s parade, when our dog Newton will be old enough to participate. What kind of costume do you think we should create for him?