Many people have heard of the New York Public Library, but what about Brooklyn’s Central Library? The Central Library’s Beaux-Arts design was created by architect Raymond F. Almirall, and from the front is meant to look like an open book. Although construction on the library began in 1912, the economic effects of World War I and the Great Depression meant that it wasn’t completed until 1941. 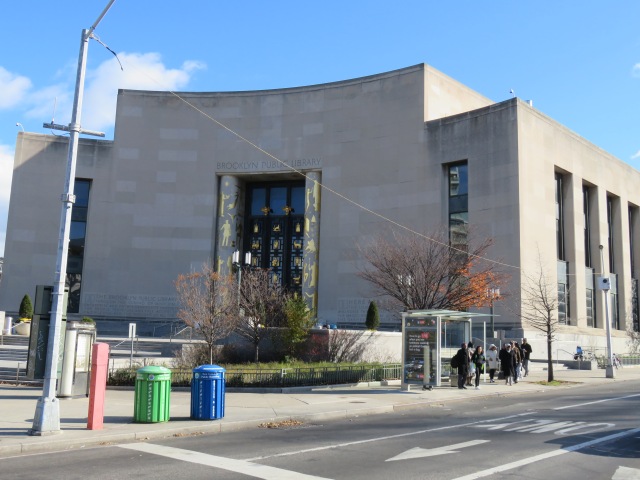 One of my favorite parts of the Central Library is the 50-foot high entrance to the building. There are two main features on the entrance facade: a series of 15 sculptures portraying various characters in American literature, and on the columns on either side of the door, a series of bas-relief sculptures that the library website describes as “depicting the evolution of arts and sciences.” The project’s sculptors were Thomas Hudson Jones and Carl P. Jennewein. 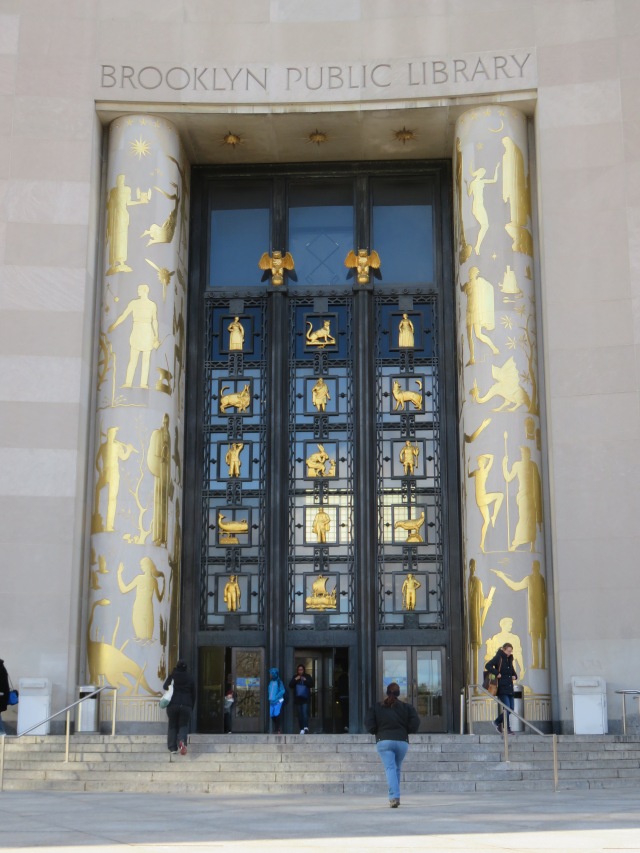 Here are some close-up views of a few of the entrance sculptures. In order from top to bottom, they include: Wynken, Blynken, and Nod, from the children’s poem by Eugene Field; Brer Rabbit, from Joel Chandler Harris’s Tales of Uncle Remus; Moby Dick, the whale from Herman Melville’s novel of the same name; and the raven from Edgar Allen Poe’s poem. 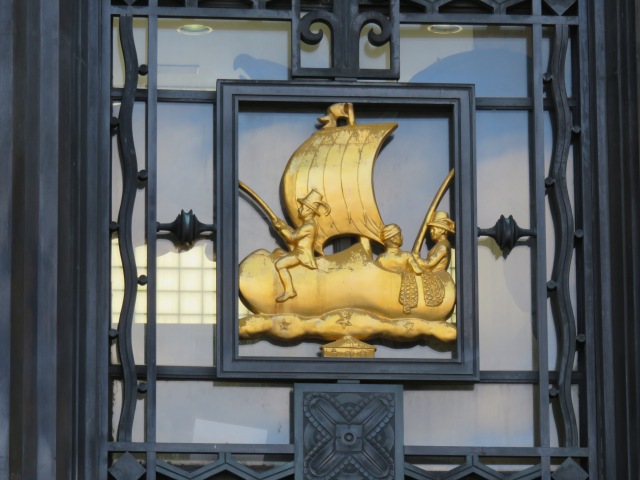 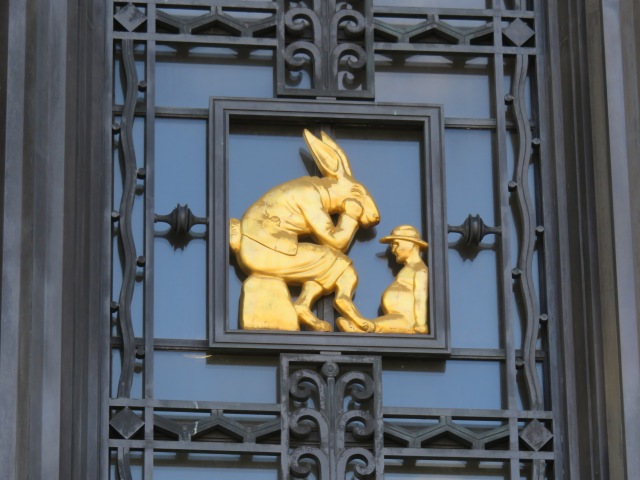 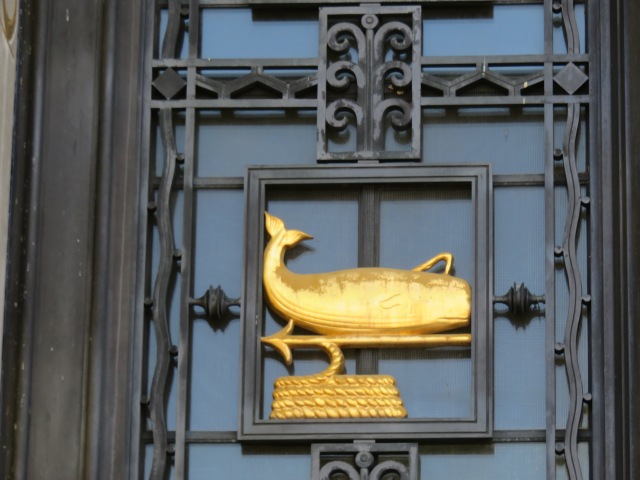 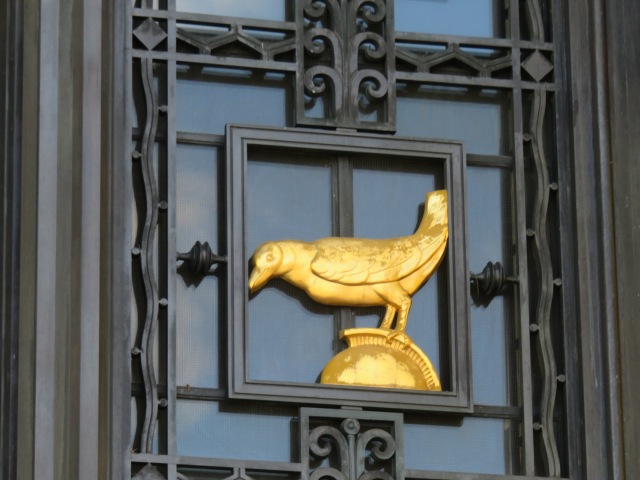 I also love this quote carved into the limestone to the right of the library’s entrance, written by former Brooklyn Library Board President Roscoe C. Brown. 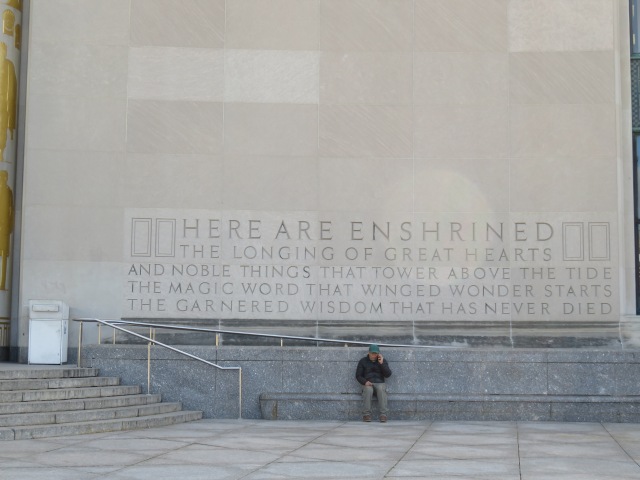 Still more treasures are located along the side of the buildings, in between the windows. Each small quote is different, making further exploration rewarding. Here are just a few. 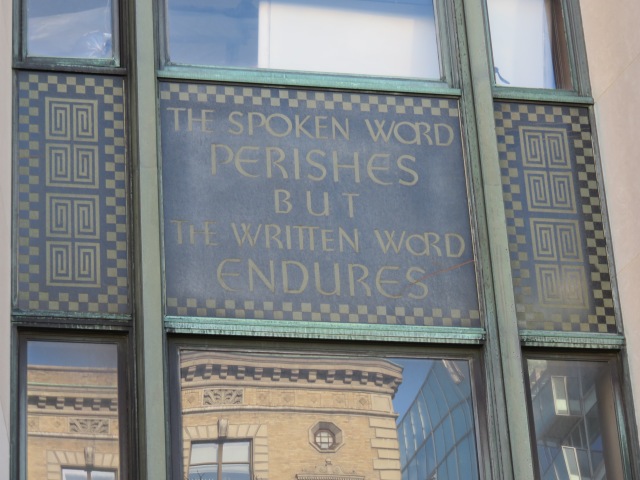 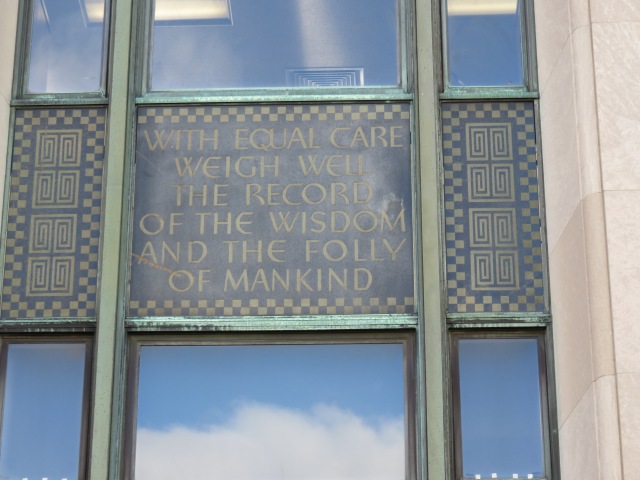 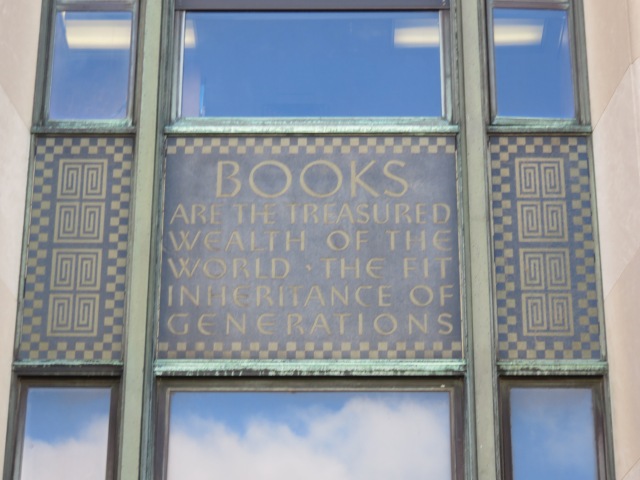 And tucked off to the side is this special entrance to the Children’s Library, with these adorable cast iron squirrels decorating the gates. 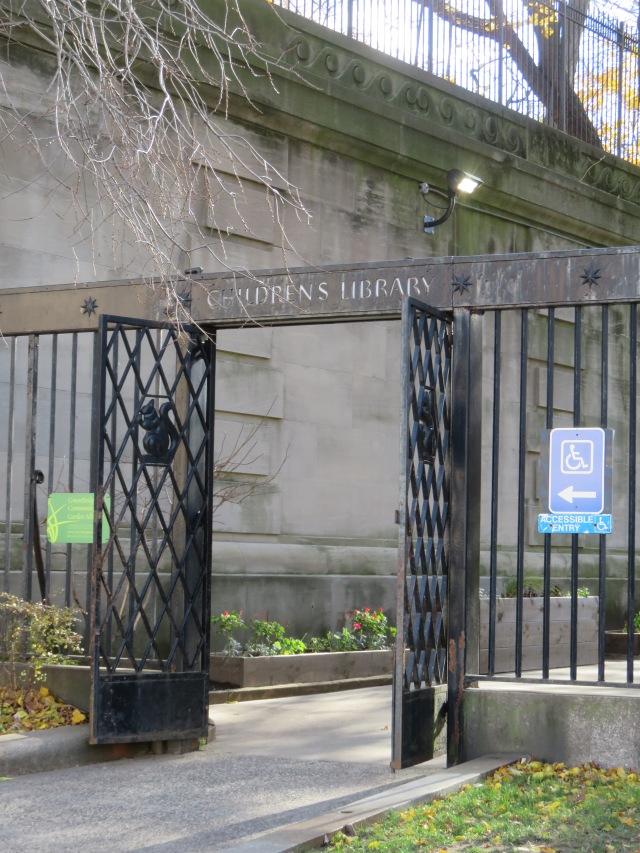 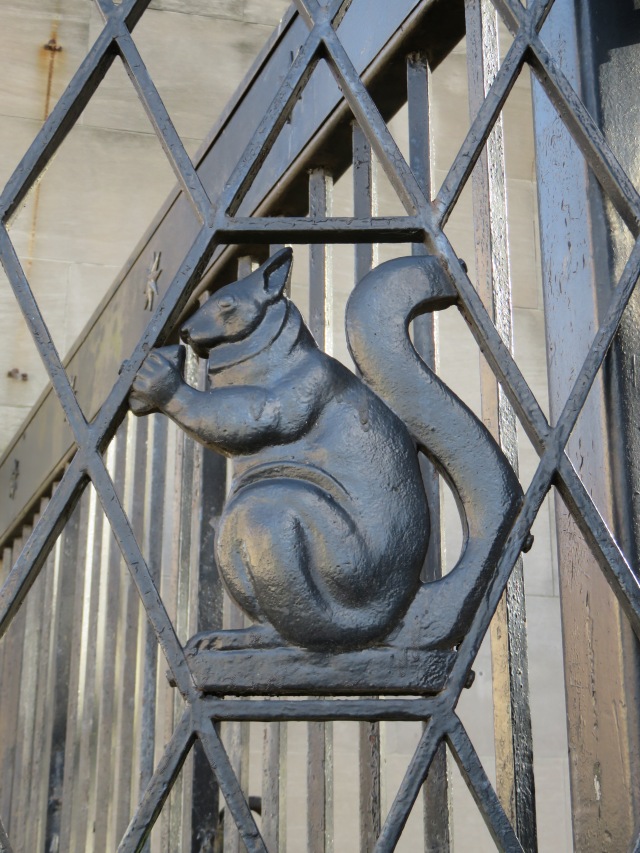 For those interested in visiting the Central Library for themselves, it’s just a short walk from either the Grand Army Plaza subway station or the Eastern Parkway/Brooklyn Museum station. Take the 2 or 3 train to either stop.