The Eastern Parkway/Brooklyn Museum Station has some interesting art to explore, and you can do it without even swiping your fare card. On the station’s mezzanine level, there’s an intriguing collection of three-dimensional works stretched along the walls. Unlike the other subway station art installations I’ve featured, this station’s exhibition was not originally designed for its current location. Instead, The Eastern Parkway/Brooklyn Museum station features architectural details saved from demolished New York City buildings. The various pieces are part of the Brooklyn Museum’s collection.

Constructed of molded terra cotta, these pieces reflect popular architectural sensibilities in New York City in the nineteenth and early twentieth centuries. (If you explore the city today, you will discover buildings that still have these types of features as well.) Some of my favorite examples are those featuring faces, including some that remind me of gargoyles. 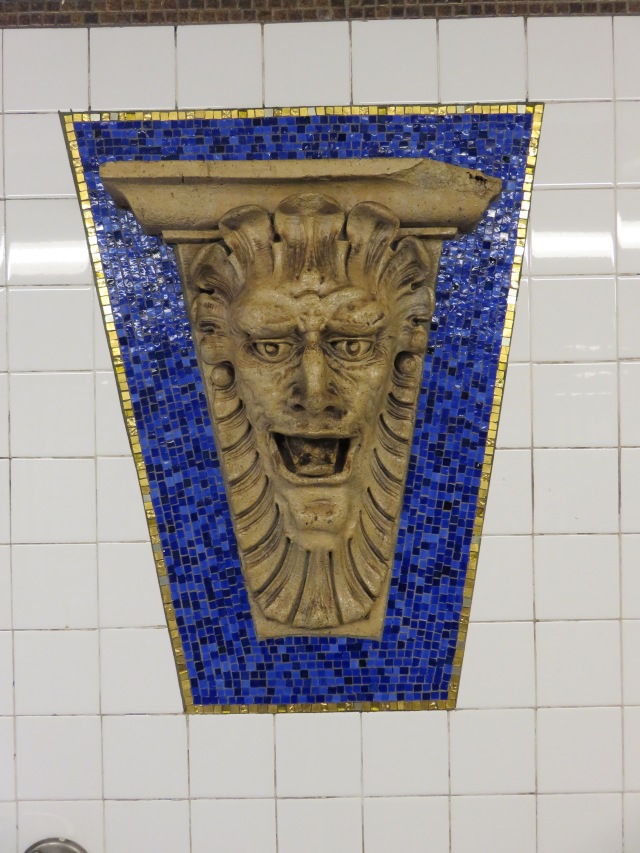 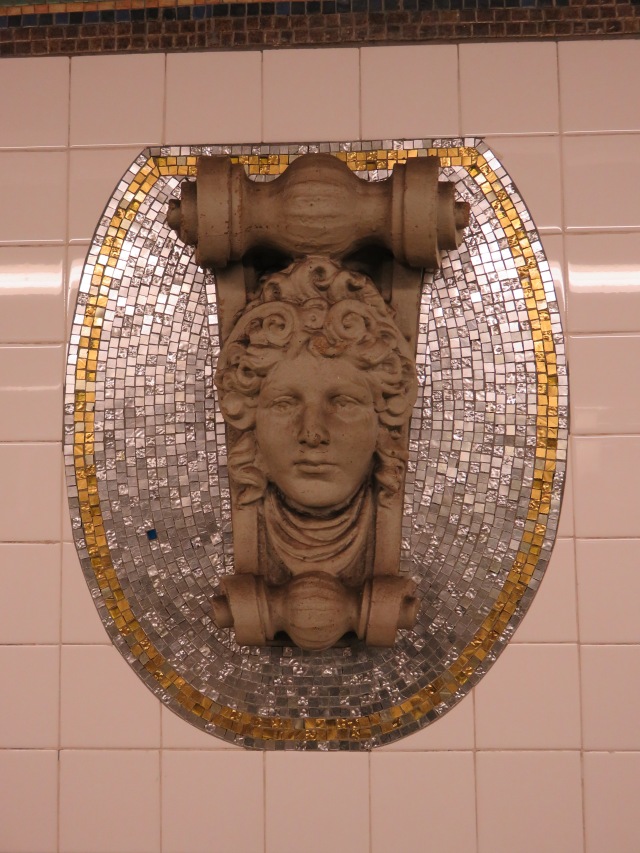 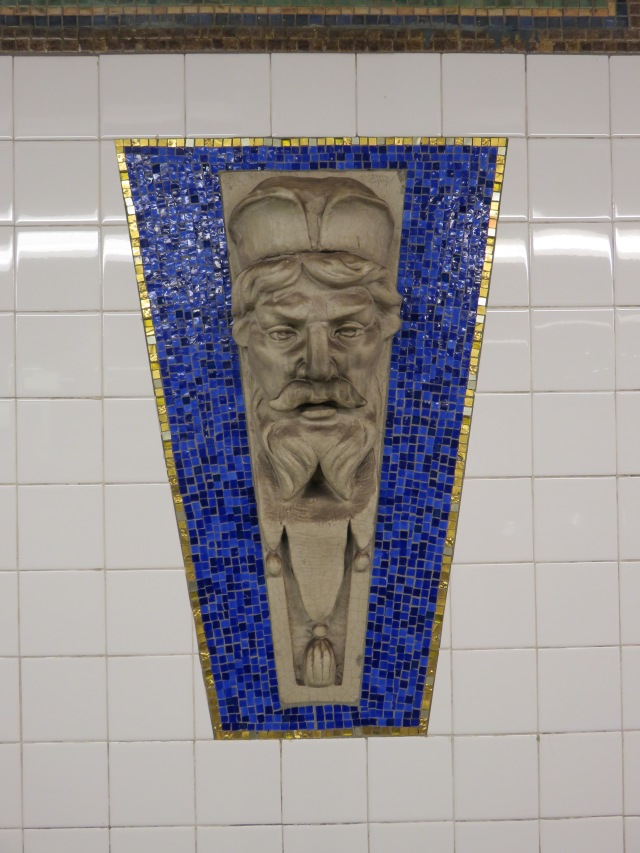 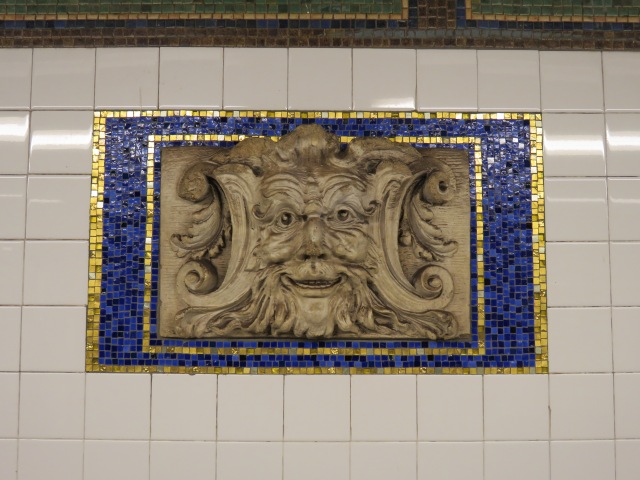 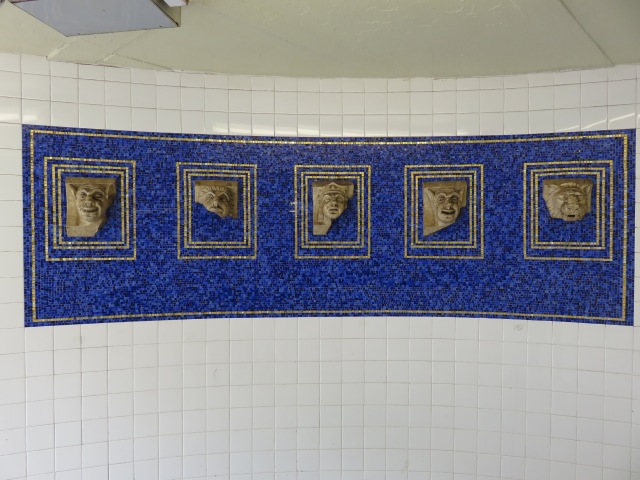 There are some beautiful segments of borders and other details as well. 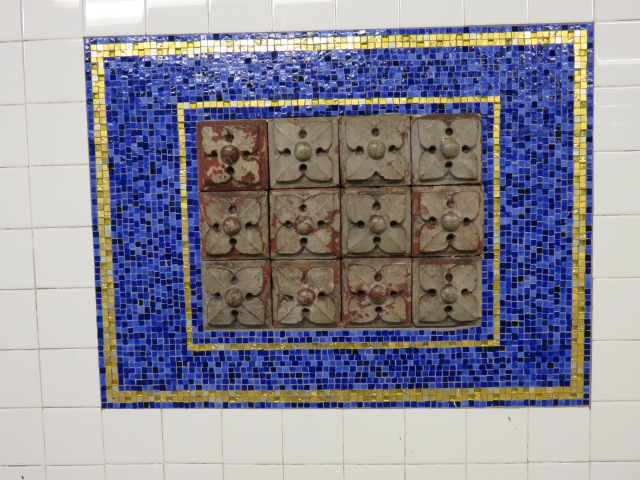 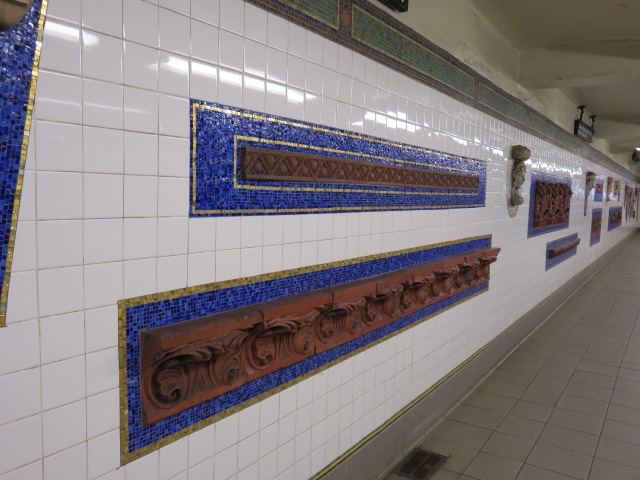 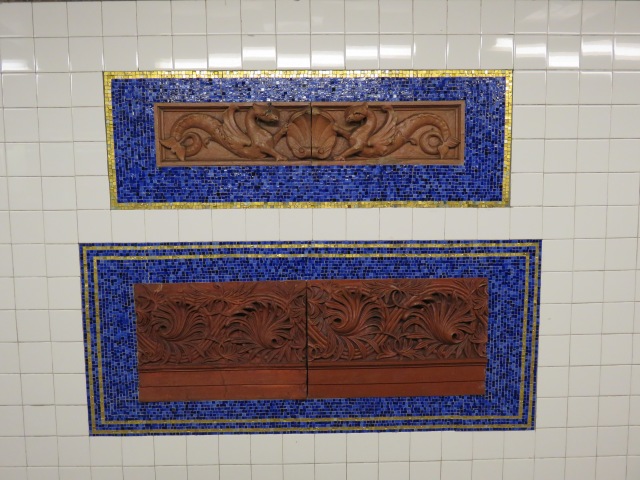 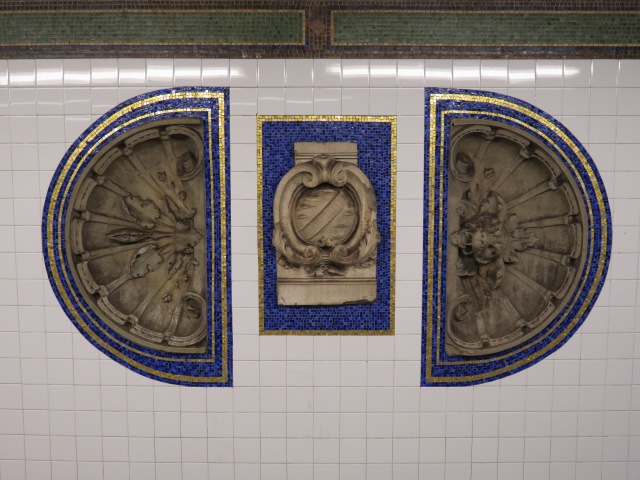 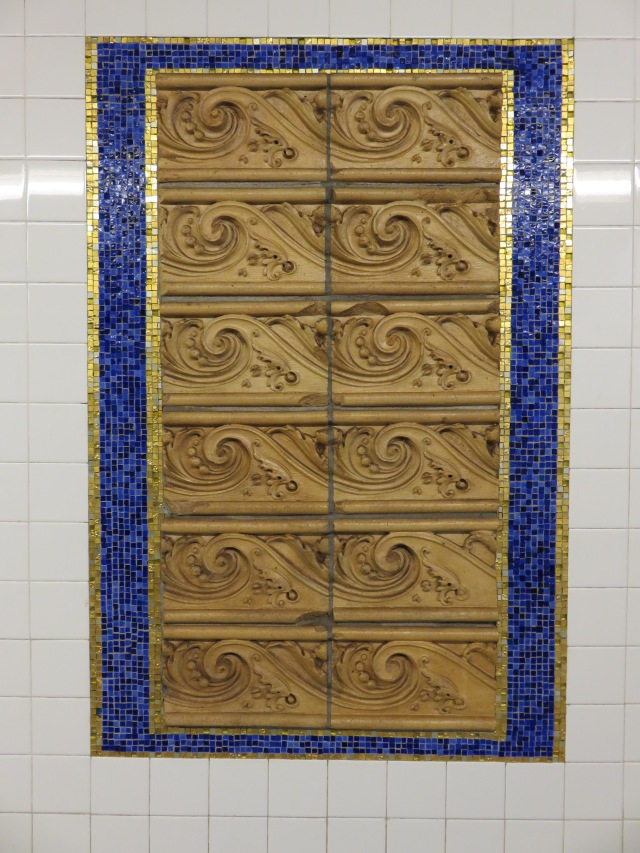 Want to see this installation yourself? Take the 2 or 3 train to the Eastern Parkway/Brooklyn Museum station in Brooklyn. Remember, unlike most other New York City subway art installations, these pieces are not located on the platform level – you must go upstairs to the mezzanine to view this art.